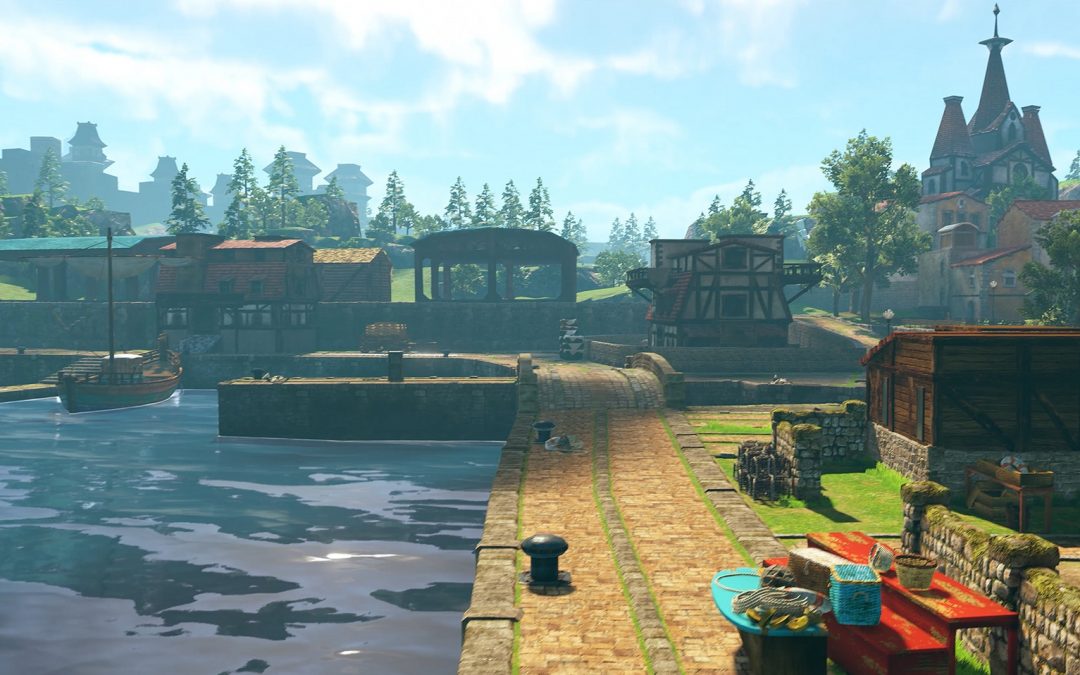 For the first time in One Piece video game series, experience freedom like never before and roam around freely on Prison Island, the open world setting for One Piece World Seeker, which releases 15th March!

In this all-new story Luffy and the Straw Hat Crew must help a rebellion overthrow Marine domination on the once peaceful ‘Jewel Island’ renamed ‘Prison Island’ over the years. gorgeous heaven that has been transformed into one of the World’s Government safest facilities under the supervision of the scientist and warden Isaac, using Sea Prism Stones to counter Devil Fruit users trying to set foot on his territory.

With the help of Jeanne, the leader of the rebellion, Luffy will do all he can to bring back freedom to his new allies. Your crew will assist you by crafting better equipment’s and recipes from the loot you gathered. A newly introduced skill tree and Karma system will allow you to truly customise the way you will play and enjoy the fun of Luffy’s Gum-Gum fruit in an all new way!

To prepare you for the adventure to come, we’d like to introduce you to the island’s diverse regions and the stories behind each!

Back when Prison Island was still known as Jewel Island, a tragic war over the island’s Dyna Stones took place between the islanders and pirates.

Thanks to its warm climate, the Graveyard contains many beautiful lavender flowers, almost as though they grew to mourn the many lives that were lost in the war. Jeanne’s mother, the island’s former leader, is also buried there, and even today people visit her grave regularly to pay their respects.

The suburbs of Amber Harbor and Topaz Mine Town. Due to a strong anti-Navy presence here, the Navy has built a base and a lookout tower in order to keep an eye on the town’s entrance. Upon losing her mother as a child, Jeanne grew up in Sapphire Town’s church after her brother left. 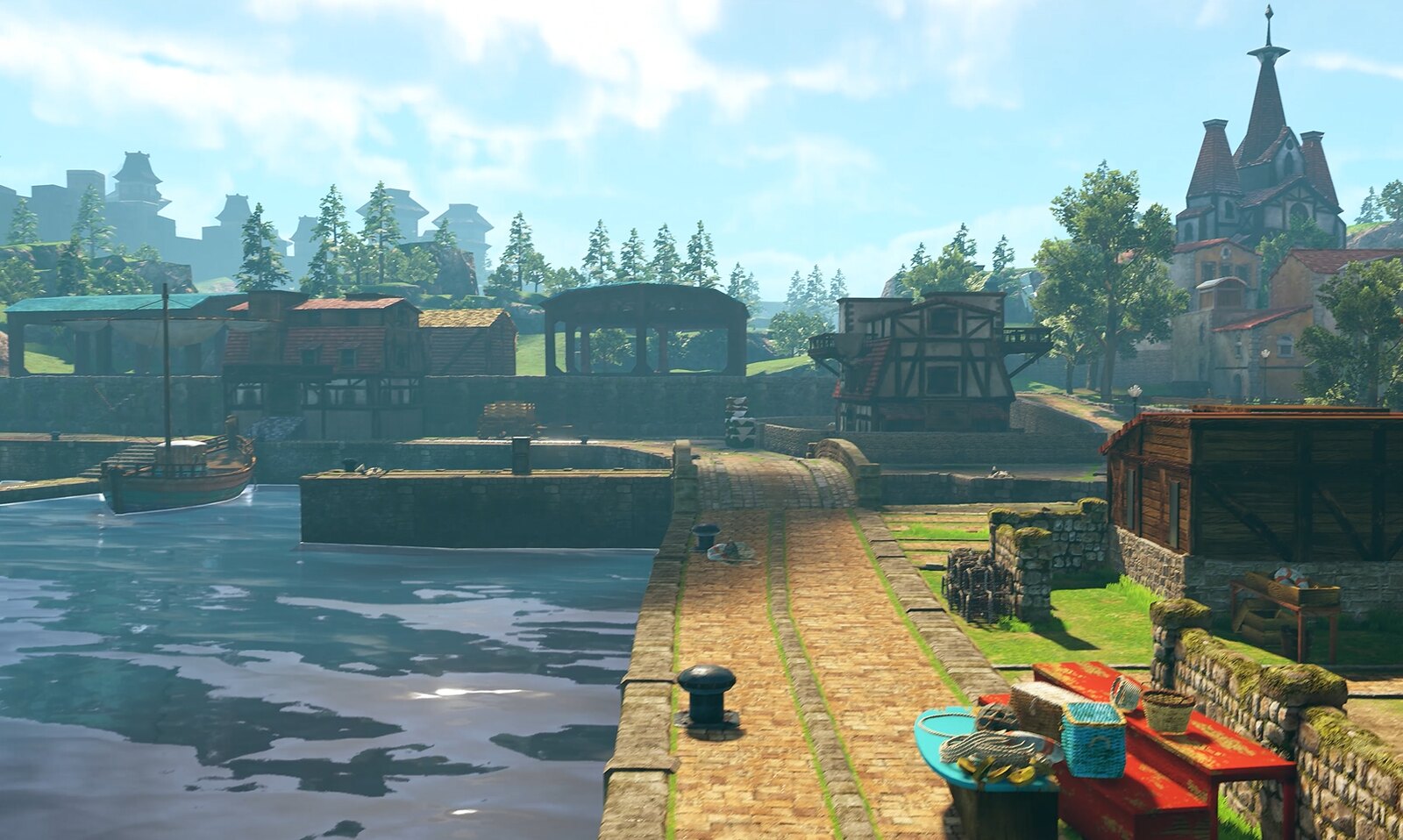 A mine based in the center of the island. Its peak is home to an enormous shining gemstone. Excavating the mine’s ore was once the island’s primary industry, but the Navy has since assumed total ownership over the mine and now monopolizes the entirety of its resources. 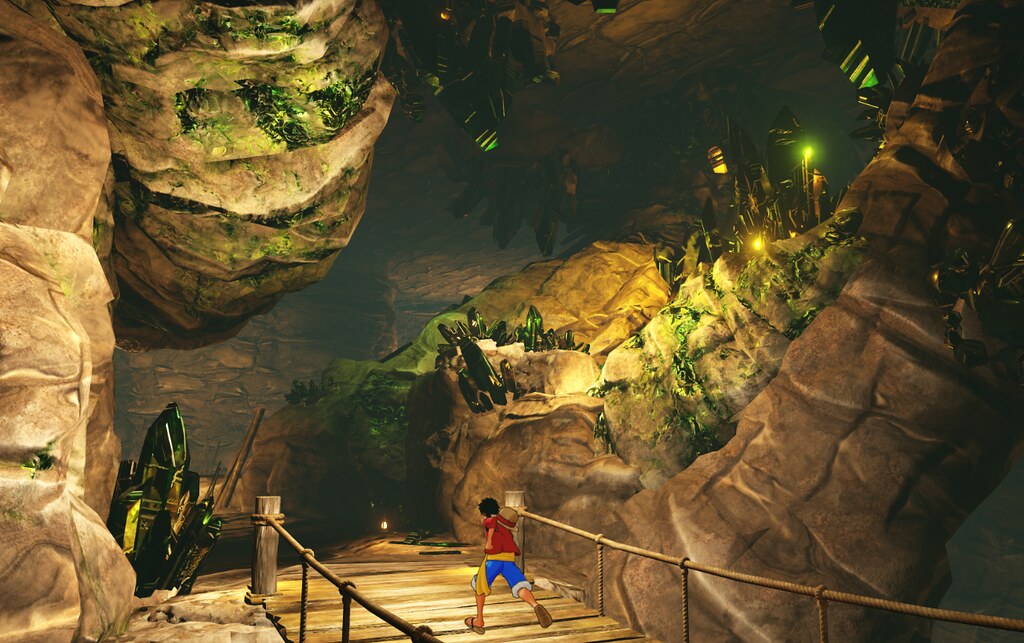 This town was once a bustling place where miners working at Topaz Mine would come to relax and enjoy themselves, but now that the Navy is occupying the island and running the mine, it has become run-down and almost abandoned. Most of its remaining inhabitants harbor a grudge against the Navy, presumably for stealing both the mine and their livelihoods. 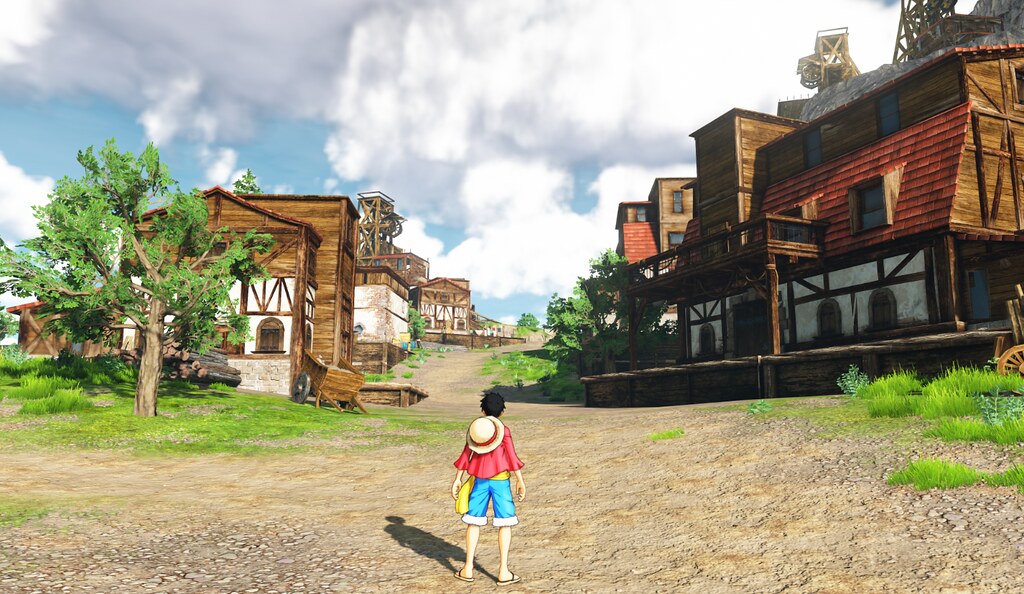 Rumors of Prison Island’s smuggled weapons have spread throughout the underworld, and the pirates that believe those rumors come to Amber Harbor to get their hands on them. For some reason, the Navy has chosen to disregard this hole in their otherwise tight security, leading many of the islanders to distrust them. 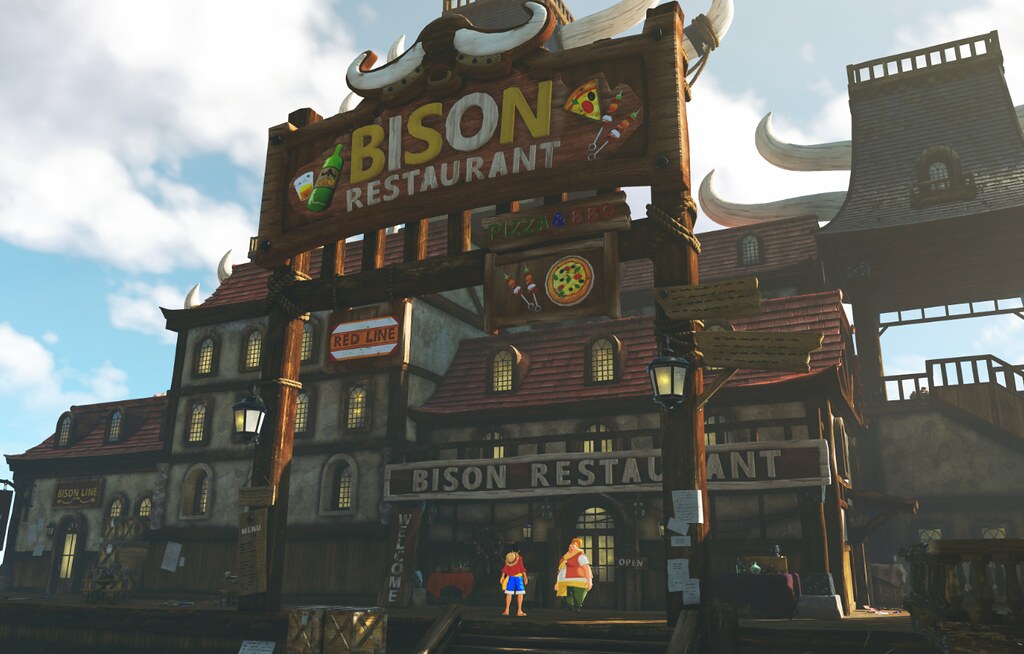 A major bridge that connects all three of Prison Island’s sub-islets. The Navy has turned the protective wall in the bridge’s center into a checkpoint, making this bridge the first hurdle for any pirates seeking to deal in smuggled weapons in Steel City. 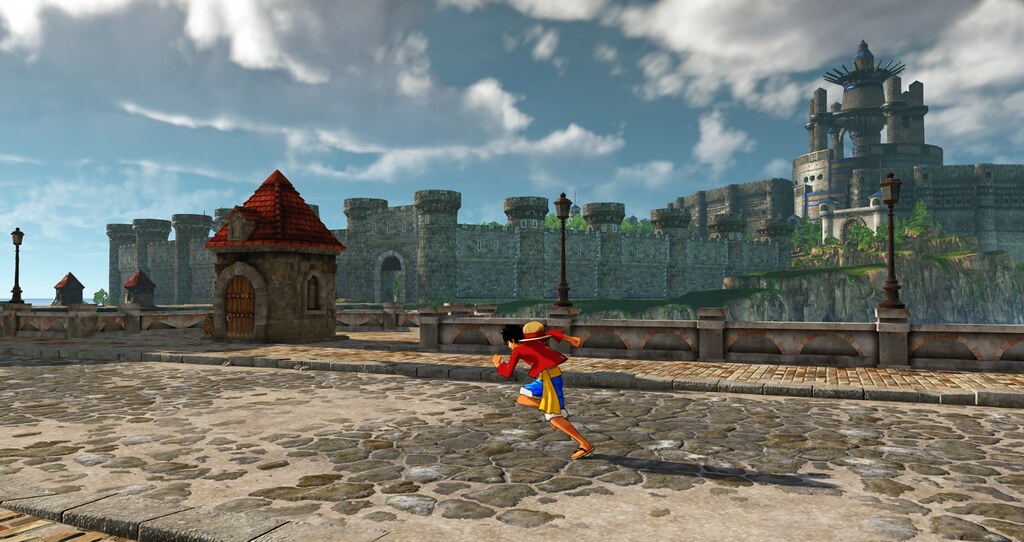 A small agricultural village located in the northwest part of the island. The people that still live here have been left behind thanks to the Navy taking their former mining jobs for themselves, and are only just able to make a living.

Like Amber Harbor, the harbor to the west of the village has been overrun by pirates, which causes endless concern among the villagers. 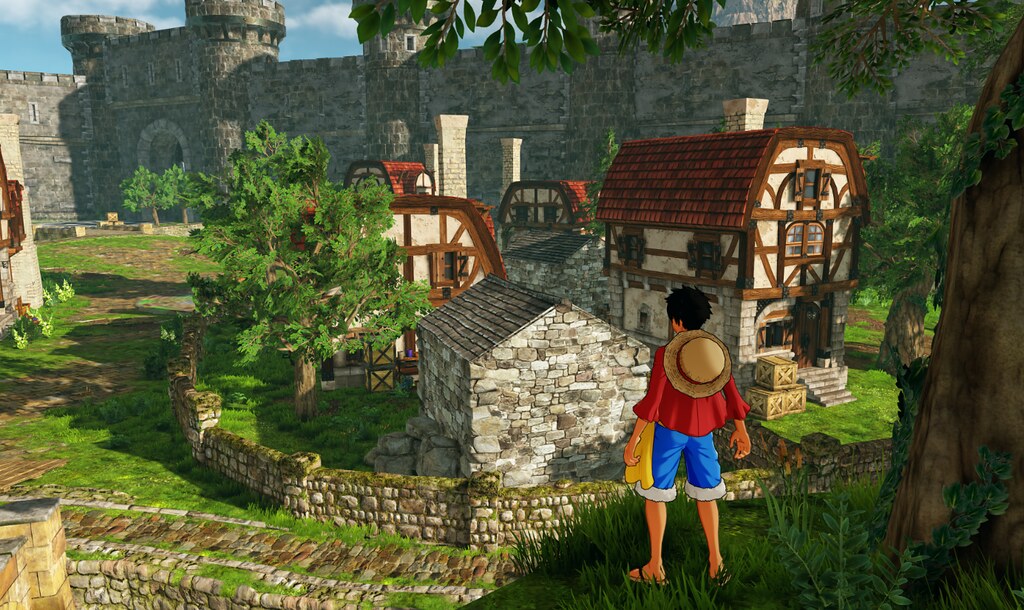 A prison north of Ruby Village that juts high into the sky. It primarily houses common pirates and petty criminals. The path to the prison is guarded by two layers of high wall, ensuring that nobody leaves or enters without authorization. 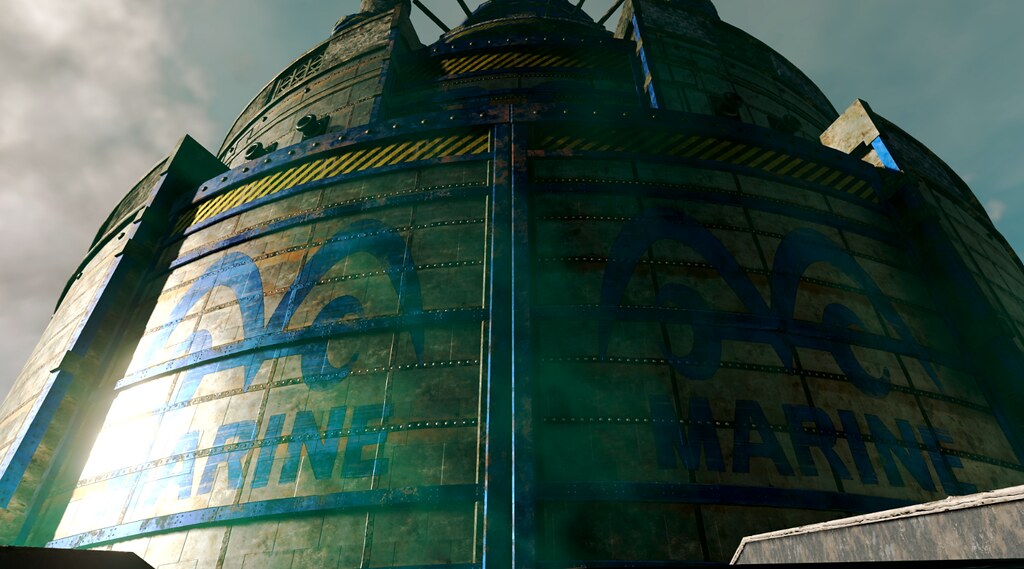 The last few years have seen major modernization efforts take place on Prison Island thanks to the Navy’s occupation and an influx of World Government science and technology. Steel City is the island’s preeminent symbol of that modernization and is distinguished by its numerous skyscrapers. However, the strain caused by the city’s rapid growth has also led to the creation of slums in its southwestern section. 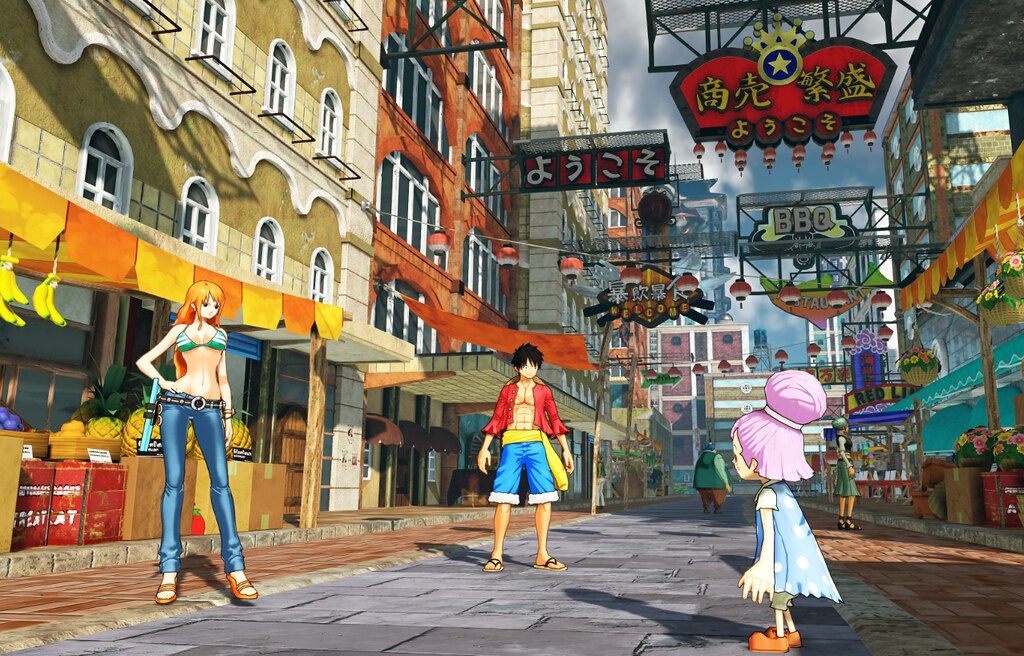 A recently developed harbor built to accompany Steel City’s growth, Halcum Port is unique in that it is the only area on the otherwise closed-off island that is open to the public. All trade with other countries is conducted here, and merchant ships hoping to leave with some of the island’s precious resources are constantly stationed at its docks. 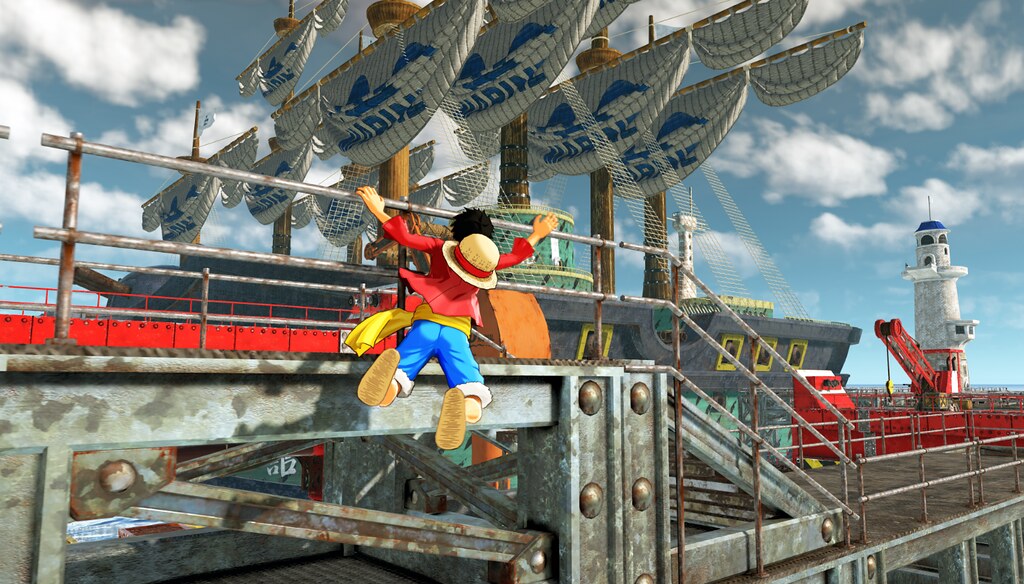 An island found to the northwest of Halcum Port. Its woods used to be frequented by children playing together, but are now a hideout for pirates and other unsavory types that are constantly plotting ways to smuggle out Dyna Stones and other goods. 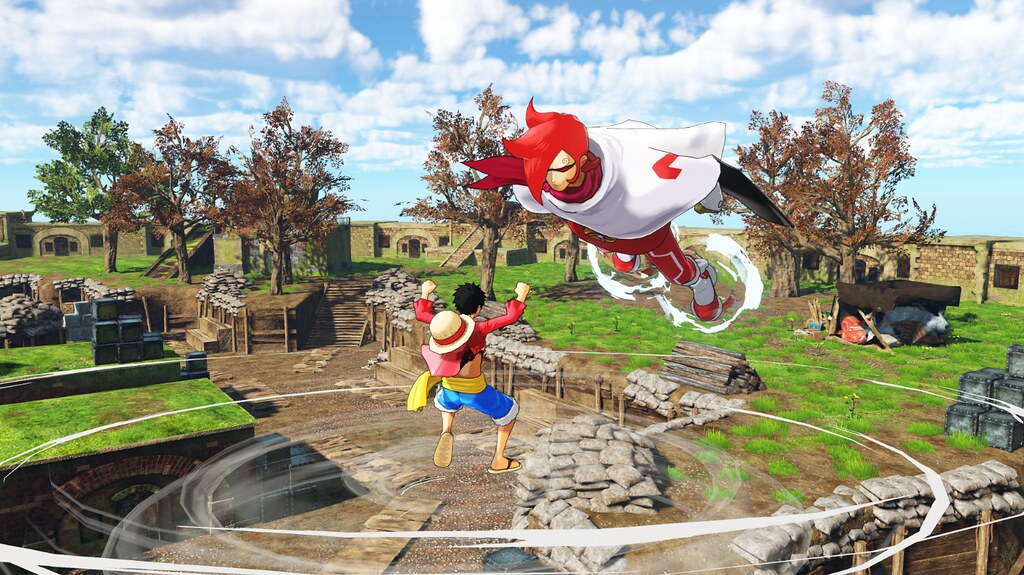 An enormous Navy-controlled broadcast facility. While it is technically possible to broadcast to the entire island from here, non-Navy personnel are prohibited from doing so. In fact, free speech itself is prohibited on Prison Island. 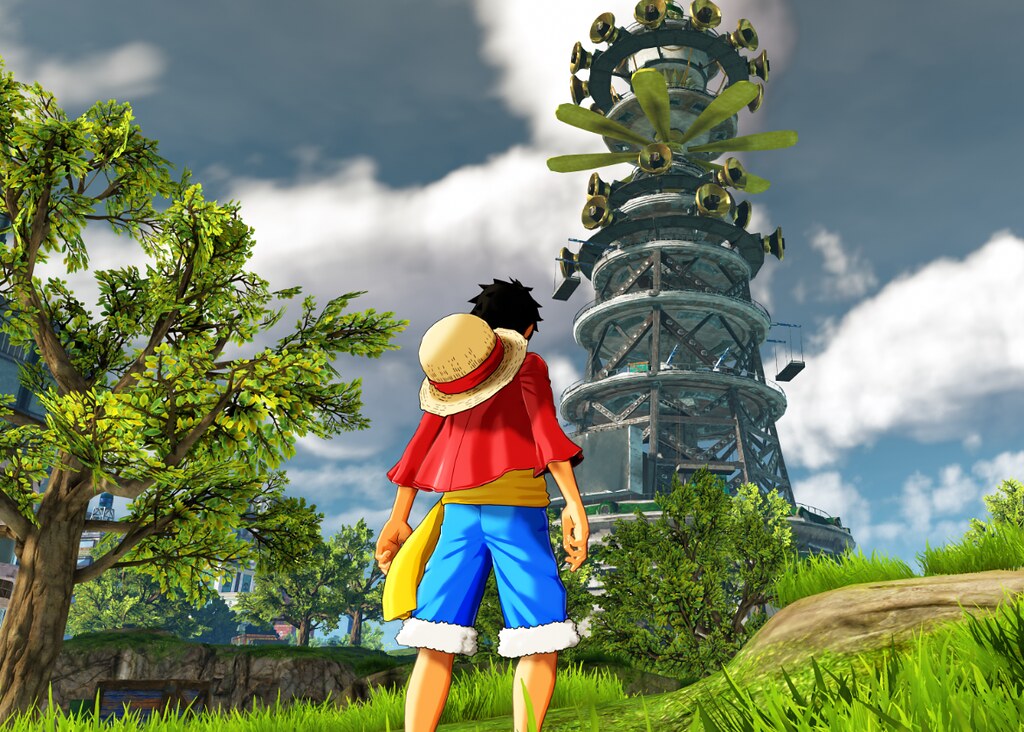 A prison located southeast of Steel City. This maximum security facility with seawater-filled inner chambers houses dangerous criminals and Devil Fruit Users. Coupled with its alarm system and high concentration of guards, many believe this prison to be completely inescapable. 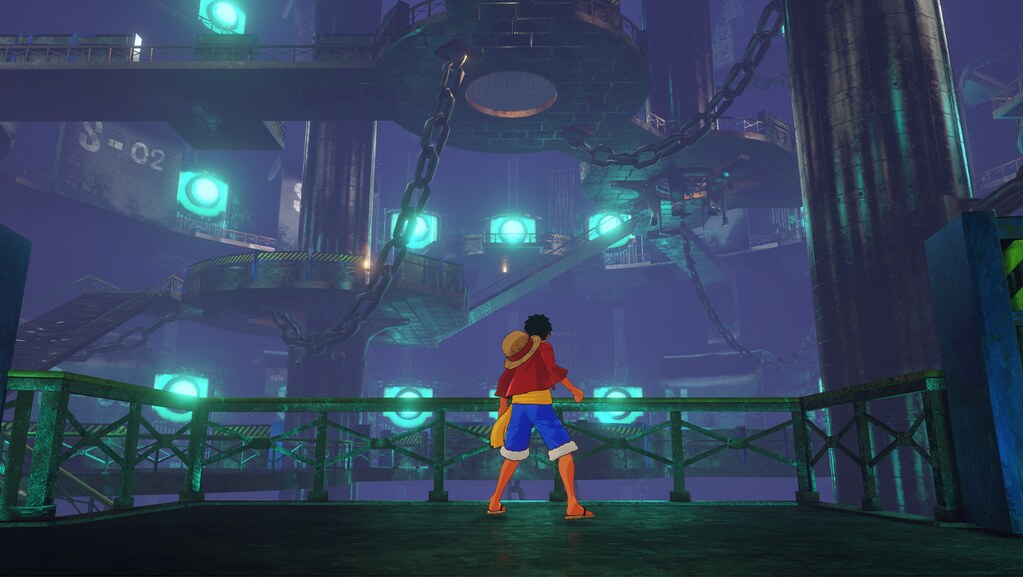 This base is the Navy’s central headquarters on the island. Many giant battleships can be found stationed here. Though technically under Navy jurisdiction, the base’s de facto authority lies with Isaac, the island’s warden, though some say that he is misusing parts of the base for personal matters. 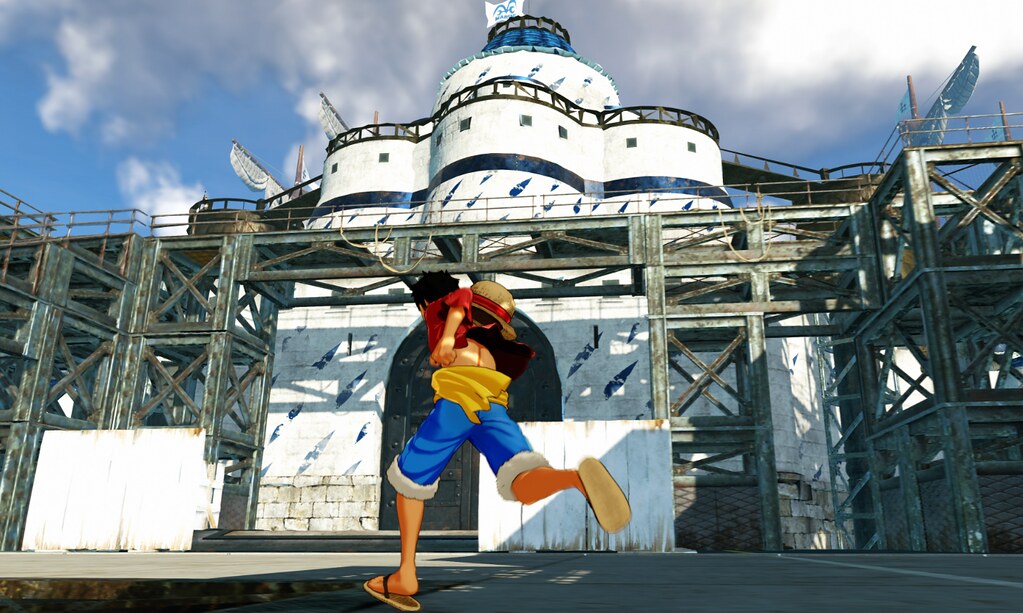 A canyon found in the southeastern part of the island. Its beautiful brook and gorgeous greenery belie the fact that it harbors pirates and other unsavory folk with designs on the island’s Dyna Stones. The canyon’s central area contains a golden gemstone in the shape of an enormous dragon.

Here ends the tour of Prison Island. I hope you enjoyed the ride and can’t wait to know more.

The post Take a tour of One Piece World Seeker’s open world ahead of the PS4 adventure’s launch on 15th March appeared first on PlayStation.Blog.Europe.