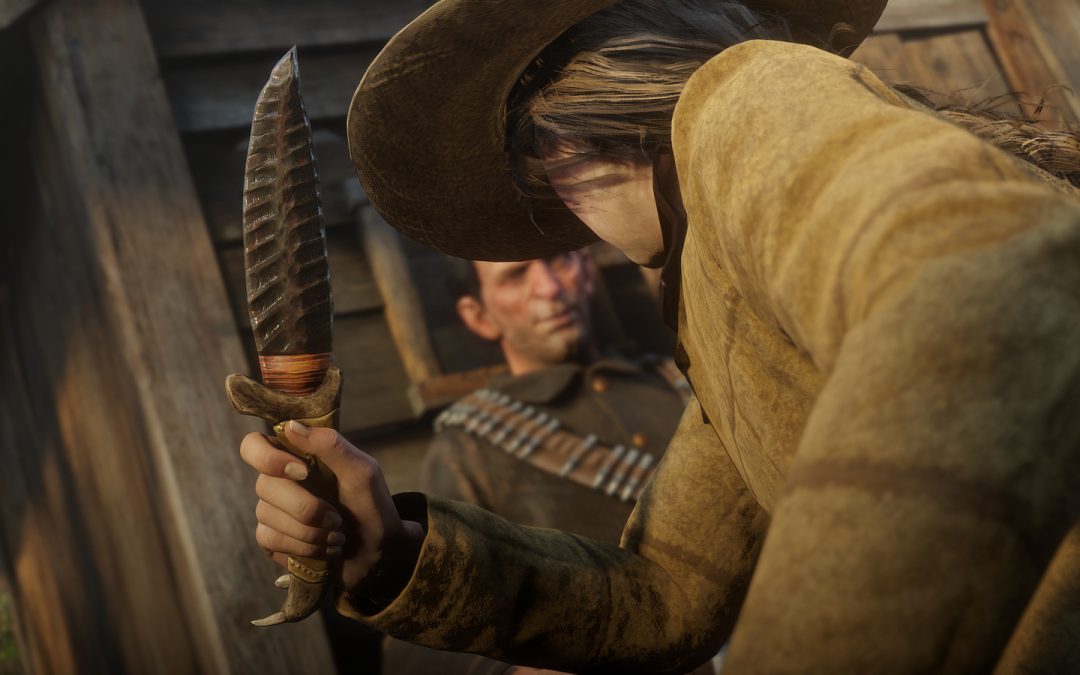 Today, the Red Dead Online Beta gets its first big batch of updates including new gameplay, weapons and clothing, additional balancing and a slew of community-requested improvements. In addition to the new gameplay and improvements, PlayStation 4 players will have the benefit of early access to a host of new content.

This new deadly weapon features a handle artfully carved from the remains of a slain animal’s jaw and is a menacing addition to your collection. Pick up the Jawbone knife from below-board Fences located near Emerald Ranch, Rhodes, Van Horn Trading Post, Thieves Landing and Saint Denis. 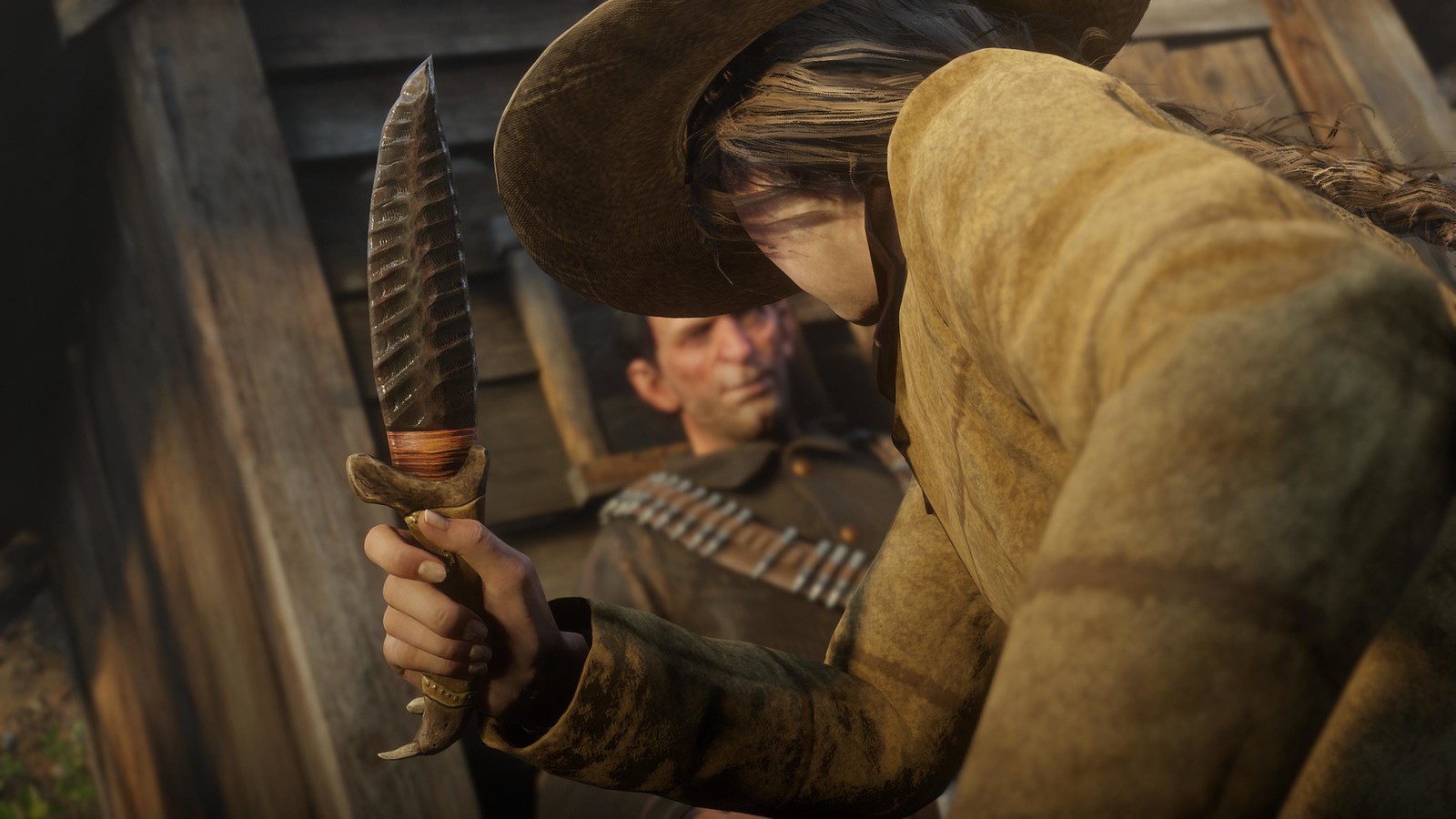 While shops and catalogues see significant new inventory this week, PlayStation 4 players get early access to over 150 new clothing items including variations of the snake adorned Diamondback hat, the double-breasted Hartman jacket, the sleek cowhide Comstock boots, vests, gloves and more. You’ll also get early access to three new emotes to taunt or greet your posse, friends and rivals with. 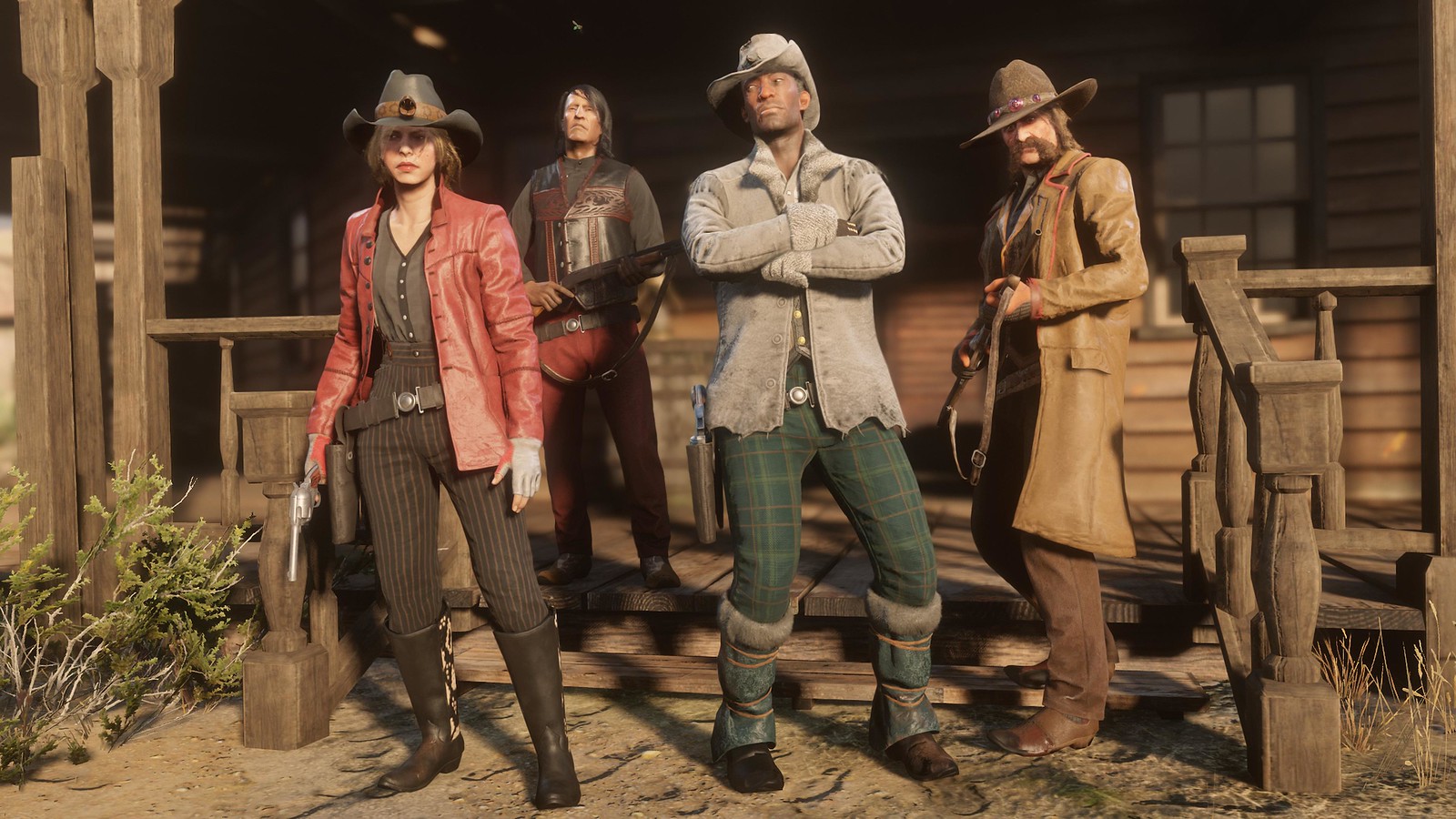 The first early access mode is Open Target races, arriving in the coming weeks. Pit yourself against 15 other players on horseback in a competition to takedown all checkpoints on the map in any order you like.

Winning requires speed, proficiency with the bow and arrow, racing skills to beat your competitors and a killer instinct to cut down anyone who takes the lead. Take advantage of weapon and horse stamina pickups where you can, use your limited bullets wisely to remove targets or attack your competition. 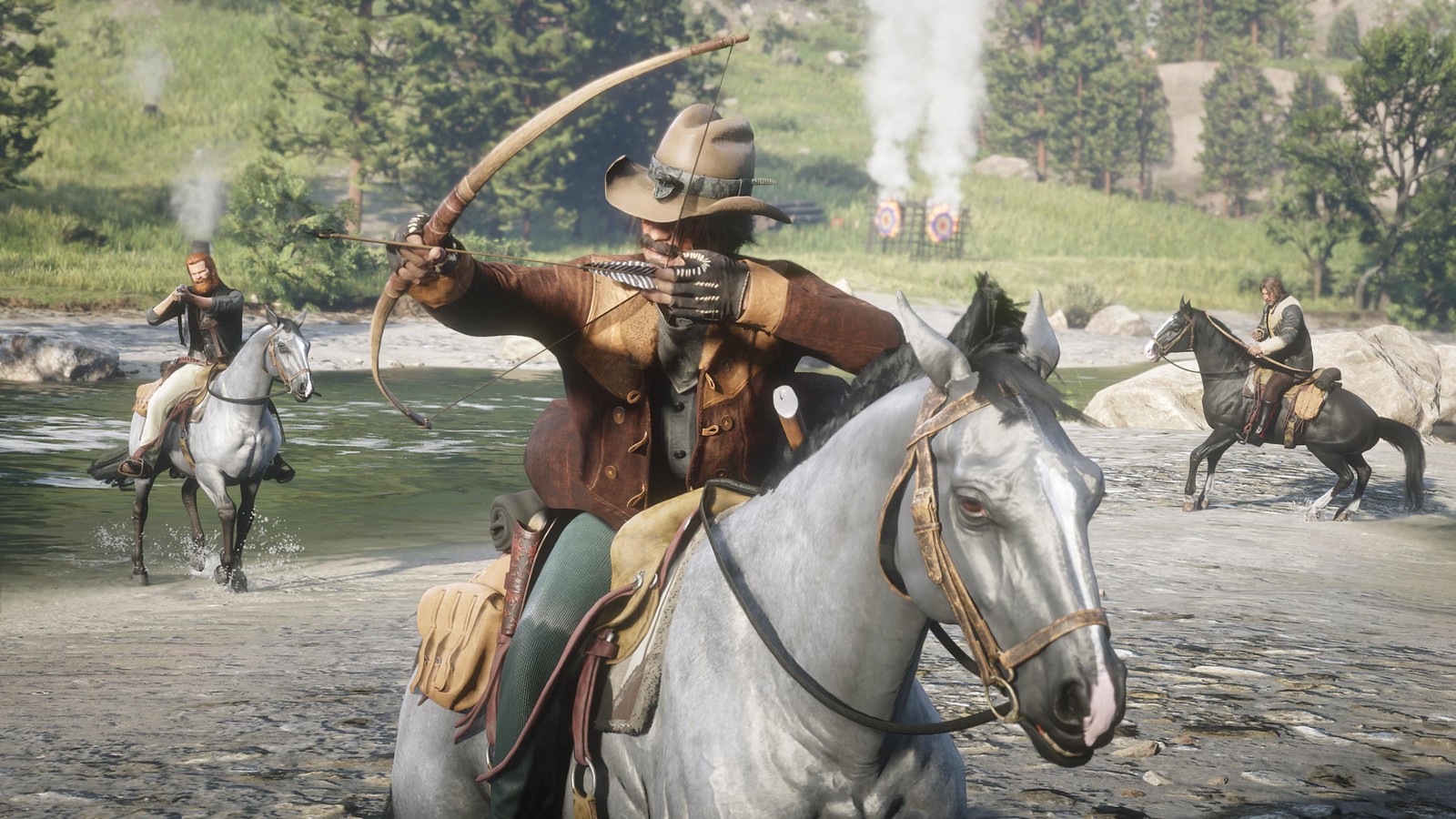